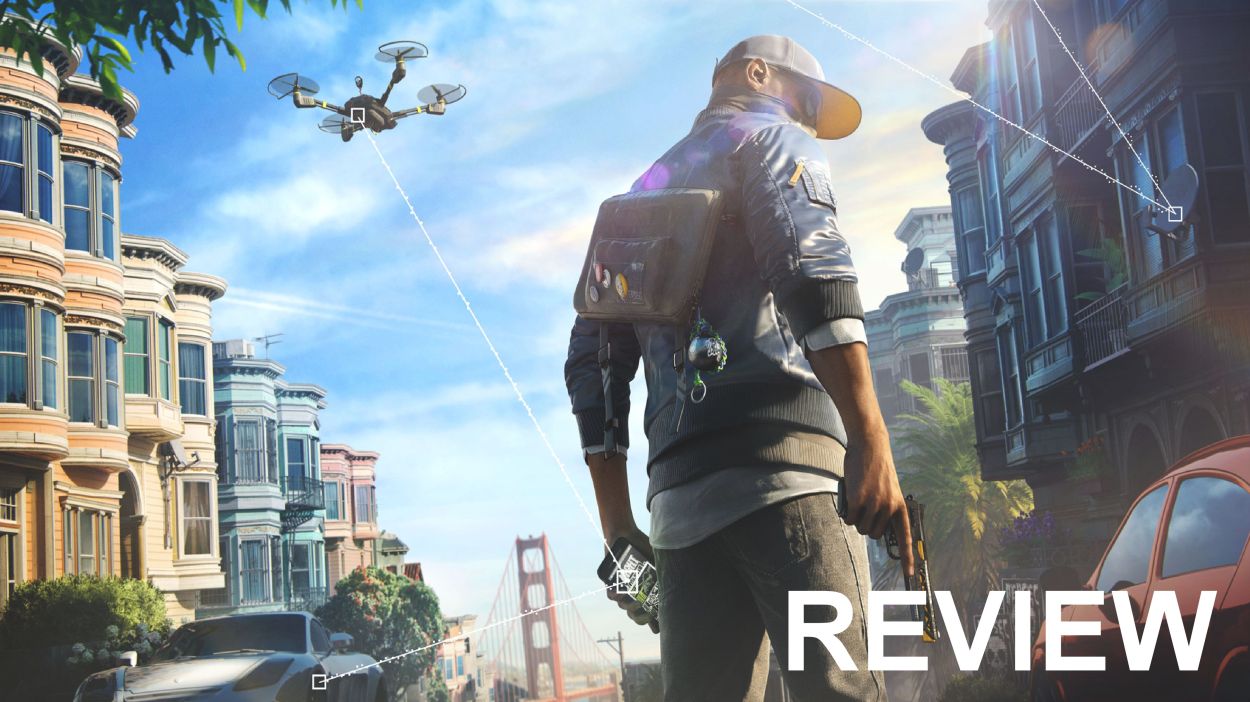 The original Watch Dogs was a perfectly okay game. Cruising around Chicago whilst hacking into various bits of in-game tech was entertaining enough, but it all felt rather half baked. Coupled with ludicrous hype from Ubisoft and the gaming media at large gave Watch Dogs a rather bitter legacy, one that would prove difficult to rebound from with its inevitable sequel. Ubisoft had to step up and deliver an experience that would put the original title to shame. Did they pull it off?

Watch Dogs 2 stars Marcus Holloway, a wisecracking young hacker set loose on a fictionalised version of San Fransisco. Marcus is the polar opposite to the protagonist of the original Watch Dogs, Aiden Pearce. Where Aiden was gruff and brooding, a true stereotype of a modern game antihero, Marcus is lighthearted and quick-witted. This u-turn in personalities is not unlike the Assassin’s Creed series. After much backlash against the original title’s protagonist Altair, Ubisoft created arguably the best character in the series with Ezio Auditore. I for one hope Marcus Holloway remains in the Watch Dogs universe for the foreseeable future. 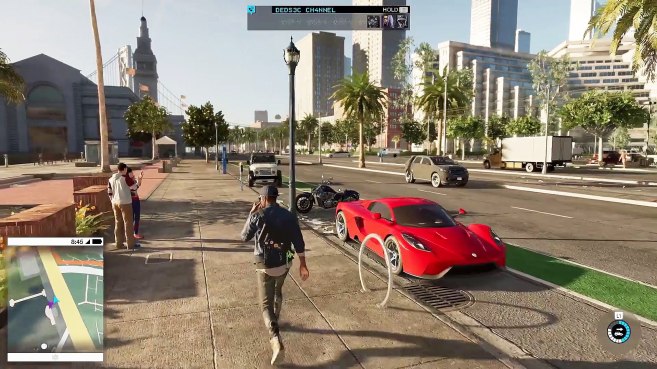 Marcus is surrounded by equally strong supporting characters. Wrench provides much of the game’s comic relief; from his electronic emoticon mask to his goofball nature, he’s just about insane enough to be entertaining without being flat out annoying. To counteract Wrench, there is Josh, who is a highly skilled hacker who happens to have Asperger’s Syndrome, and Sitara, an artist who spreads the word of DedSec through street art. These characters carry the weight of Watch Dogs 2’s plot, which in itself is okay at best. The game truly shines when you go off the beaten path and start creating your own storylines within the universe.

The gameplay of Watch Dogs 2 hasn’t changed all that much from the first game. Much of the action stems from the ability to hack into various objects from a mobile phone, such as traffic lights, cameras, vehicles and NPC’s phones. The game makes this easy for you by displaying a thin line from Marcus’ phone to the targeted object. As you progress, you’ll gain more abilities such as honing in on NPCs with particularly large wallets, allowing you  to quickly rack up some money by wiring the cash to your bank account. The in-game money mostly serves for cosmetic purposes; there are numerous different clothing stores for Marcus to up his swag, along with car dealerships and coffee shops. 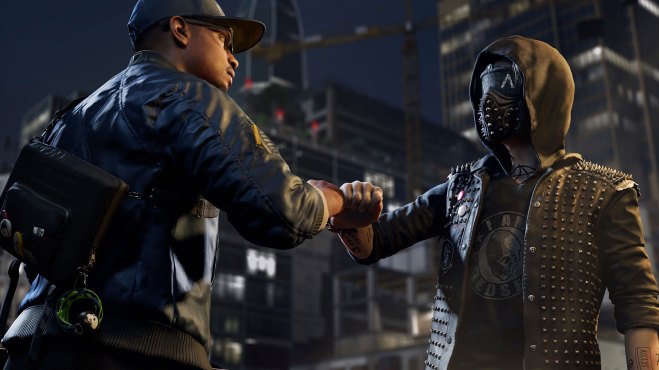 The sheer enjoyment from hacking makes it easy to stray from the admittedly lacklustre main story. You might be driving to a location in order to progress the plot and suddenly scope out a Research Point – one of the game’s numerous collectables. Research Points allow you to upgrade your hacking abilities, but getting to them is never immediately obvious. Much of the time they’re hidden away on the top of a building, and figuring out how to get to the top is more fun than it has any right to be. There may be a route that Marcus can simply climb up, or you may have to use your trust RC car and make your way up small grates before remotely hacking into a locked doorway. The options are pleasantly varied.

Of course, along with hacking, you can carry numerous weapons from handguns to machine guns. But the game is at its best if you refrain from using them. Marcus and his hacking friends at DedSec never come across as particularly violent people, and figuring out how to proceed through a mission without killing anybody is much more satisfying than mindlessly blasting your way through enemies. Utilising numerous non-lethal options not only feels better but make more narrative sense. In a colourful world designed to be lighthearted by nature, guns have no place here. But you can use them if you want to, I guess. 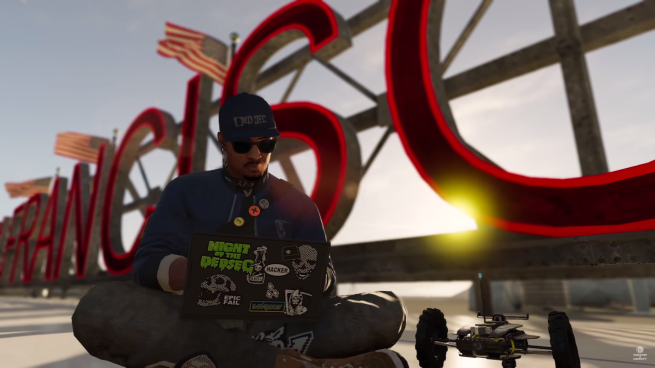 The world of San Fransisco has been meticulously recreated in Watch Dogs 2. It is the true hero of the game. I visited the city many years ago when I was eight. Admittedly, my memory of the place is hazy, but driving around some of the iconic locales such as Lombard Street and the Golden Gate Bridge brought back some very nostalgic feelings for me. That’s not to say people who haven’t visited San Fransisco won’t enjoy it; the city is positively overflowing with character and things to do. You can visit Alcatraz, or take part in a street race around Silicon Valley. In fact, the game encourages you to actively explore the entire area. If you are near an iconic landmark, your phone will alert you, allowing you to whip out a camera and take a selfie next to whatever building, bridge or person you happen to be nearby, thus unlocking more poses for Marcus to pull. This is a fun exercise in itself, and is even more enjoyable when you realise that the NPCs can actually photobomb you, resulting in some particularly amusing photos.

Watch Dogs 2 is a triumph. Ubisoft have become very skilled at creating open world games with lots of things to play around with, but whilst their creative flare has stifled with the Assassin’s Creed series, it has blossomed with Watch Dogs 2. The game is just fun, pure and simple. Slight hiccups in the plot are nothing compared to the enjoyment that lies within every corner of San Fransisco. It embraces silliness, and is never afraid to have a good laugh at itself.

Someone should tell Aiden Pearce.