WARNING: Spoilers follow for both The Last of Us and the Shane Meadows movie Dead Man’s Shoes.

At PlayStation Experience 2016, Sony stunned the audience at the final hurdle by announcing The Last of Us Part II, the long awaited sequel to one of the greatest games of all time, The Last of Us. Said to be in very early development, it’s likely the game won’t see the light of day until at least 2019. This of course gives us plenty of time to speculate over what the story may entail for our favourite survival due Joel and Ellie.

In the announcement trailer, we see Ellie, now 19, in the aftermath of what looks like a very bloody fight. Like any person would do in this situation, she breaks out a guitar and starts singing. Blood slides down her face, and her hands shake from trauma. As she’s playing, we see a man walking through the dilapidated house, gun in hand. It’s soon revealed to be Joel, the main protagonist from The Last of Us. He stands at the doorway, watching Ellie finish her song, before asking “What are you doing, kiddo? You really gonna go through with this?”

Ellie responds, “I’m gonna find, and I’m gonna kill, every last one of them”.

It’s clear from this simple statement that Ellie is seeking revenge on a group of people for some heinous act they may have committed. Judging from the various dead bodies around the house, and Ellie caked in blood, her campaign for revenge may very well be already underway. 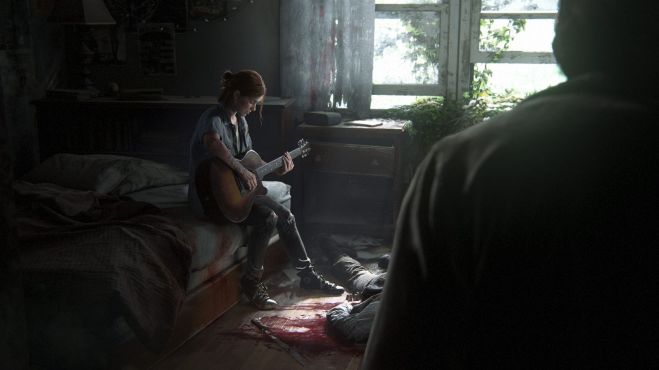 It’s important to note that as we’re following Joel walking through the house, we never actually see his face. We see enough to know that it’s Joel, and it’s soon confirmed when he speaks, but what if he’s not really there? What if he was killed and is now a figment of Ellie’s imagination?

This is a loaded theory, but one that holds value if you’ve seen the brilliant horror/revenge film Dead Man’s Shoes by Shane Meadows. In the film, brothers Richard and Anthony return to their hometown in Derbyshire with only one thing on their mind; revenge on the group of delinquents who bullied and tortured the young, vulnerable Anthony whilst Richard was away with the British Army.

Richard targets each of the bullies one by one, literally killing them off with a level of satisfaction that may be considered excessive, since Anthony ultimately walked away from the bullying and is once again in the company of his loving brother. We soon discover however, that Anthony was merely a figment of Richard’s imagination throughout the entire film.

The abuse against Anthony resulted in his tragic death, before Richard ever returned from his service in the army. High on acid, Anthony was led by his tormentors to a local castle, where he hung himself after the group, who he believed to be his friends, left him there.

It’s a devastating reveal, with the following shot showing Richard alone, overwhelmed by his own psychological despair. We, the audience, suddenly feel empathy towards Richard, who’s campaign for revenge now doesn’t seem quite so excessive.

Looking at Ellie in the announcement trailer, it’s clear that she’s furious at whoever crossed her. It’s not out of the question to believe that these people killed Joel, a man who grew to truly love Ellie and become the father that she never really had. Ellie, refusing to accept the loss of Joel, still sees him beside her, guiding her through an increasingly hostile world. It would be truly heartbreaking to discover that Ellie, throughout the entire campaign of Part II, was actually alone.

Following the announcement of The Last of Us Part II, lead writer Neil Druckman stated that whilst the overarching theme of the first game was love, the sequel’s theme is hate. This could well be the hatred that Ellie feels for the world following the death of her friend, acting as a catalyst for her revenge. Or it could be hatred toward Joel himself, for not being able to survive and be with her.

Now let’s look at why this probably won’t be the case.

Upon repeat viewings of Dead Man’s Shoes, you start to notice that when Richard and Anthony are in scenes with other people, Anthony suddenly falls silent, with the other characters failing to acknowledge his presence. Since Anthony is a part of Richard’s imagination, the only interaction Anthony engages in is with his older brother.

This works in the context of a film, but in a game, in which interaction with objects and people are key to progression, it may be difficult to keep up the idea of an imaginary Joel for the length of a 15 hour campaign, particularly if Ellie frequently encounters other survivors. Supporting characters are crucial in a survival genre, and as capable as Ellie can be, it is hard to believe that she would be able to carry on by herself.

In terms of gameplay, it is also near impossible to believe that Joel is a part of Ellie’s imagination. Throughout the first game, whilst the player controls Joel, Ellie more than holds her own, supporting Joel by knifing enemies, and picking them off with a sniper rifle. Since Ellie becomes the main playable character in the sequel, the roles must switch, and Joel must be able to kill enemies on his own. 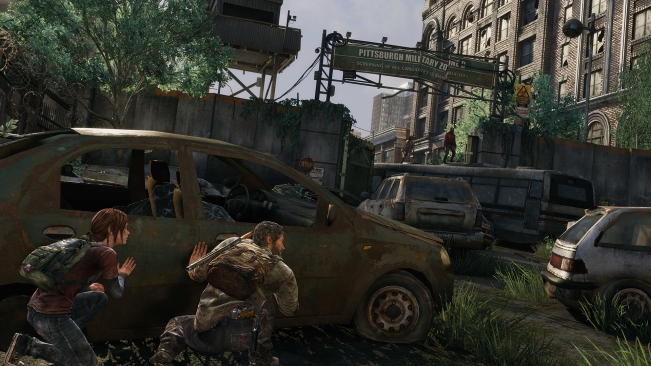 Finally, at the end of The Last of Us, Joel lies to Ellie about the potential for a cure, which may cause a devastating rift between them if Ellie discovers the truth. The theme of hate in the sequel may stem from the idea that Ellie has finally discovered the truth, and thus hates Joel for lying to her. It’s a more straightforward route for the sequel to go down, but would make more sense in the context of the overall narrative.

Nevertheless, it is interesting to think that in the interim between The Last of Us Part I and II, Ellie loses Joel, fuelling the sequel’s theme of hate and driving Ellie to seek revenge. It may be a long while before we find out for sure, but I can’t wait to continue the exciting speculation in the coming months.