2017 is here, and Nintendo’s new venture in the console space, the Switch, is just around the corner. At the time of writing, we’re ten days away from the Switch Presentation, where we’ll likely find out the console’s launch date, price, games line up and more. One title on everybody’s mind is the new 3D Mario adventure, first glimpsed in the Switch’s reveal trailer.

The core Mario series is in dire need of a shake up. Whilst it received a creative boost in the form of Super Mario Maker – a game that allows the user to create levels how they see fit – Nintendo has placed itself firmly in its own comfort zone with the franchise. Super Mario Run, an undoubtedly solid mobile title, reuses similar visual and sound design from New Super Mario Bros, released over ten years ago. On Wii U, Super Mario 3D World proved to be a stellar platform game, but again only expanded upon what its older 3DS sibling, Super Mario 3D Land, did before. In the hope that Mario on Switch – ahem – switches things up a bit, here’s a run down of a few things I’d like to see from the new title.

A focus on exploration

A lot of fans are hoping to see Nintendo take the Mario franchise back to the fully realised 3D worlds seen in titles such as Super Mario 64 and Super Mario Sunshine. Whilst the Galaxy games on Nintendo Wii were critically acclaimed and stand as two of the greatest Mario titles ever, there’s a desire for a more open-ended structure that hasn’t really been seen since Sunshine released back in 2002.

There are hints of the series returning to its 3D roots with the new Switch title – the camera sitting firmly behind Mario suggests it may be freely controlled by the player, allowing for more thorough exploration of the levels. Camera control was almost non-existent in the Galaxy titles, and very limited in 3D Land/World. Similarly, the main level shown off in the Switch trailer reveals a Mexican style town, populated with characters to speak to, and buildings to explore at leisure – it’s possible this area might serve as a central hub world, a feature not seen properly since the first Galaxy title.

Ever since Mario first hopped into the gaming zeitgeist in 1985 (though he appeared in earlier titles), the plot has always been the same; save Princess Peach from the clutches of the evil Bowser. Super Mario Sunshine attempted to expand on this very basic narrative by tasking the player with cleaning up the once idillic Isle Delfino, which had been covered in paint by the mischievous Baby Bowser. The endgame remained the same – rescue the Princess – but in helping the island inhabitants clean the place up, it felt like Mario finally had an alternative purpose, which was helped along by the delightful population of Piantas and Nokis.

It is essential that the Mario title on Switch follows on from this idea – give us a cast of characters and a central plot to care about. The Princess will undoubtedly get captured by Bowser again, but this tired plot point must be supported by strong supporting characters and a story that gives the gameplay a sense of purpose. Sunshine’s plot wasn’t Shakespearian by any stretch of the imagination, but it remains, in this writer’s opinion, the strongest of all Mario titles. 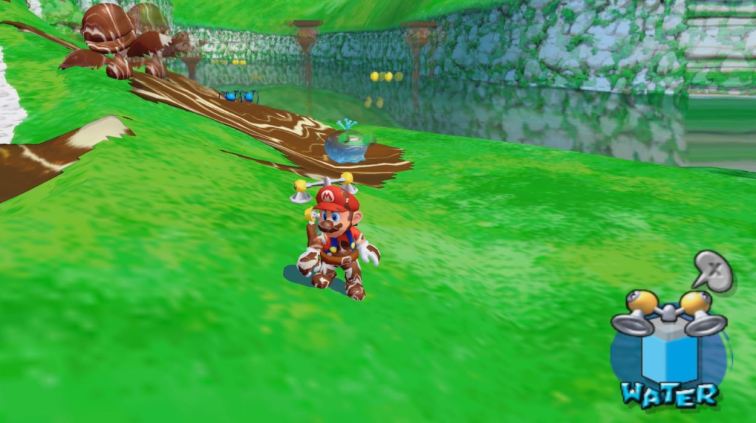 Nintendo have always been a child friendly company – their biggest properties, whilst adored by adults, have always been created with children in mind. Unfortunately in recent years, they have taken this a step further and made a lot of titles so immediately accessible that they have been criticised by fans as too easy. Die several times in a level, and you’ll be given the chance to make it easier with invulnerability and other helpful tools. This is of course completely optional, but throwing in these crutches, along with frequent messages to “take a break” are a clear indication of Nintendo’s true intended audience.

Many of the core Mario titles have thematically similar level design – Mario will often find himself climbing sand dunes, sliding down frozen peaks and leaping over molten lava in his quest to defeat Bowser. The Mexican theme seen in the Switch trailer is a clear attempt to break away from the norm, but it would be great to see more variety than ever before in the level design. Give us an urban district to explore, or a countryside farm, just something other than a damn giant sandcastle again.

So there you have it, just a few examples of what I believe would help Mario’s next venture on the Switch be the best entry in the series yet. What changes would you like to see? Let me know!