In 2014, celebrated game designer Shinji Mikami returned to scare the pants off gamers with The Evil Within. It was a successful evolution of his work on Resident Evil 4, baring a stark resemblance to the acclaimed survival-horror title – though it certainly wasn’t without its issues.

Back in June – at E3 2017 – Bethesda confirmed one of the worst kept secrets in recent years and announced The Evil Within 2, the official sequel set three years after the events of the first game. Not much has been seen of the title aside from a couple of initial trailers, but first impressions are positive. The graphics have clearly been improved with the game retaining its focus on horror above action. But there are a few areas that the game will need to improve on if it’s to be a critical success… 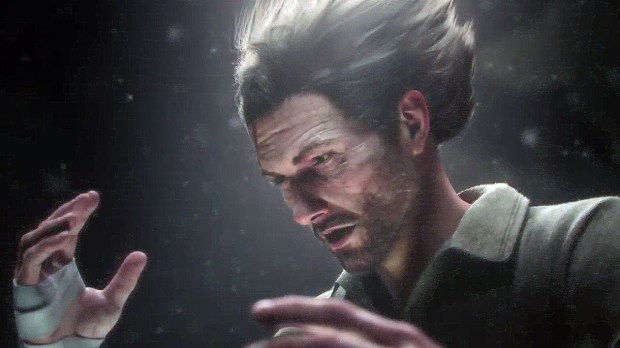 The combat in The Evil Within was reasonably serviceable, and could have been considered quite remarkable had it been released soon after Resident Evil 4. But in 2014, nearly ten years later, gameplay had evolved exponentially. The Evil Within frequently felt needlessly sluggish, with certain gameplay mechanics clearly ripped straight from other games. The ability to throw items in particular reminded me of The Last of Us, but it didn’t feel anywhere near as satisfying.

The combat in The Evil Within 2 needs to be smoother, more streamlined and – dare I say – scaled back a bit. Recent horror titles such as Outlast 2 and Resident Evil 7: Biohazard have proven that you don’t need constant set pieces thrown at you to provide sufficient scares. Quiet moments of exploration can be just as good, if not better, at evoking a sense of horror and dread.

Additionally – I think I speak for a lot of people when I say we’ve had enough of big dudes carrying chainsaws. I appreciate the clear nods to Mikami’s work on Resident Evil throughout The Evil Within, but it sometimes felt like the game was riding on an established franchise’s success, rather than forging its own identity.

There was nothing fundamentally wrong with the upgrade system itself in The Evil Within – as you progressed through the game, you’d collect gooey green gel from the bodies of downed enemies and also scattered about the environment. Using this, you could upgrade various traits including maximum health, sprint time, clip capacity and more. All good stuff.

In order to get to the upgrade screen however, you needed to enter a portal through a mirror, chat to a creepy nurse for a few minutes and then walk to the upgrade chair – pretty much every time! It was a nice way of fleshing out the world a bit, but after the first few trips, I came to loath the damn place. In the sequel, just let me access the upgrade menu from the pause screen, please.

The Evil Within was a reasonably accomplished game when it launched in 2014, but it also played host to some glaring issues that desperately needed ironing out in the following months. One of the most pressing concerns was the presence of a mandatory letterbox layout during gameplay, forcing black borders to appear at the top and bottom of the screen. This was eventually patched to become optional and improved the experience greatly. It also suffered from unstable frame rate which would drop to agonising levels during some of the more intense scenes of the game. More time and polish needs to be applied to the sequel so it can avoid similar troubles. 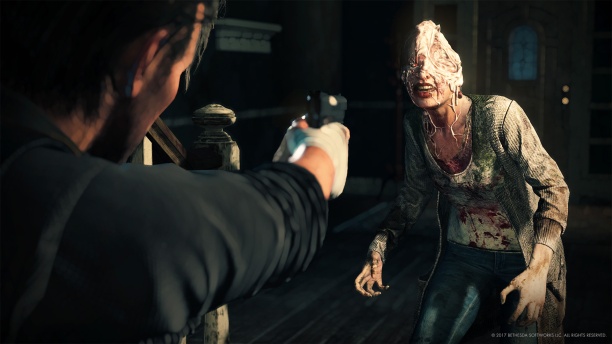 Give Sebastian some personality

Sebastian was the quintessential gruff protagonist, who had quite clearly weathered some trauma during his life. This is fine, and his backstory was effectively told through various diary pages found throughout the game, but none of this shined through in the character’s personality – he was about as interesting as a plank of wood.

In the sequel, the meat of the story will be focused on Sebastian’s daughter Lily, who had long been presumed dead. Sebastian must once again enter STEM to search for her. Utilising a more personal storyline than the original, this must be done effectively to allow the player to actually give a damn about the protagonist – there’s a reason Joel and Ellie from The Last of Us are so well loved, after all.

I’ve no doubt that The Evil Within 2 will be a strong survival-horror title, but these are just a few suggestions on how Tango Gameworks can improve the sequel (though with the game only three months from release, they’re probably way past taking any suggestions by now, which makes the whole exercise rather redundant… oh well!).

If you’ve got any suggestions you’d like to see implemented in The Evil Within 2, do let me know!