In film, one of the most important aspects of the experience is the opening scene. Known as the ‘hook’, it’s designed to draw the viewer in and provide a solid foundation for the rest of the film. Get it wrong and you’re looking at a steep uphill battle at regaining interest and investment. This is why horror films almost always start off with an unfortunate soul meeting a grisly end before we cut to the main protagonist. It sets the tone for the next 90 minutes or so and lets the audience know what they’re in for. It’s sometimes cheap, admittedly, but it works.

Over the years, as games have evolved, the need for a strong accompanying narrative has become more and more important. Indeed, many modern titles are built solely around their storyline, with titles such as Firewatch and Gone Home singled out as being particularly plot-driven. With this in mind, games have inherited a number of mechanics commonly associated with film, including the crucial ‘hook’ opening scene.

Most developers recognise the need for a strong opening sequence to set up the rest of the game, but some stand out for being particularly memorable. What follows are my picks for my favourite opening scenes in gaming history.

Please note of course that these are based on my personal opinion – what I consider to be ‘my favourite’ does not mean they are categorically ‘the best’. This is all subjective, after all. Also, please be aware that this post will contain spoilers.

The Last of Us

Naughty Dog’s magnum opus kicks off at the outset of a deadly fungal outbreak. We see the horror unfold through the eyes of Sarah, the innocent daughter of protagonist Joel. She wakes in the middle of the night to an empty household and soon becomes embroiled in a desperate attempt to escape ‘the infected’ with her father and his brother Tommy.

After seemingly escaping the immediate danger, Joel and Sarah stumble across a lone marine. In a ruthless act to seemingly eradicate the infection, the marine shoots towards Joel and Sarah before Tommy steps in and kills the soldier. In a truly gut-wrenching moment, it’s revealed that Sarah was fatally shot. Rather than slipping into unconsciousness, she weeps from the pain before passing away in her father’s arms, leaving him to mourn her abrupt, tragic death.

This is a moment that sticks with the player throughout the entire game. Whether you’re a parent or not, everyone can empathise with the sense of loss that suddenly hits Joel. It moulds him into the cynical, brooding character we know twenty years later, and provides a vital foundation in the development of his relationship with Ellie. More than anything though, it shows that humans can be just as dangerous, or perhaps more so, than the rabid infected.

Showcasing some of the greatest environmental design in gaming, 2007’s Bioshock opened with a big bang. You play as Jack, an entirely ordinary man caught in the midst of a terrifying plane crash. By fortunate chance, you land next to a towering lighthouse, it’s presence providing a comfort amongst the confusion and fear.

When you enter the lighthouse, you’re greeted with a giant statue of entrepreneur Andrew Ryan, and the words ‘No Gods or Kings, Only Man’. You step into a lone bathysphere and start to descend the depths of the sea. After a brief introductory video from Mr Ryan, you’re presented with a spectacular view of Rapture, a city built underwater to house the world’s elite – artists, scientists and businessmen and women alike.

The scene is quite simply breath-taking as you take in the sights an sounds – buildings channelling the Art Deco movement, a whale cruising through the water and jellyfish floating through the seaweed. It’s a wonderfully relaxing and mysterious sequence – truly the calm before the storm, and a scene that will resonate with gamers for decades to come. 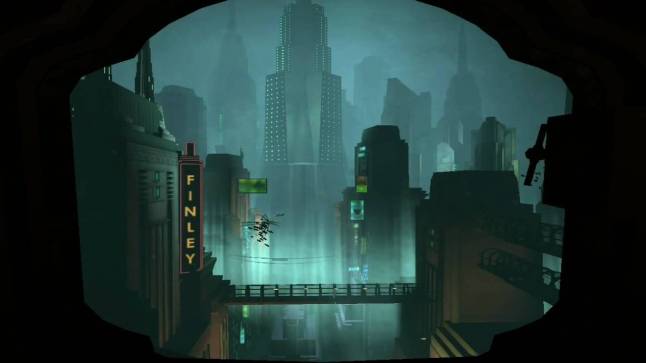 “The Hudson River, two years ago…”

The hype surrounding Metal Gear Solid 2: Sons of Liberty reached boiling point by the time it finally released in November 2001. But the wait was certainly justified with a game that was both ground-breaking and controversial to boot, complete with an opening that still holds up to this very day.

Set two years prior to the bulk of the game, the opening stars series’ protagonist/legend Solid Snake infiltrating a gigantic freighter to gain proof of the development of Metal Gear Ray. The sequence is Hideo Kojima at his absolute best, showcasing long, exposition-heavy cutscenes interspersed with moments of brutal violence.

But the true joy in the opening hour is discovering all the new additions to the core gameplay. For the first time, a first-person aiming mechanic was implemented, allowing Snake to take down his enemies with pinpoint precision. The ability to hide bodies was also added, and is paramount to remaining undiscovered. It was a huge step up from the original Metal Gear Solid and laid the groundwork for the future of the series. 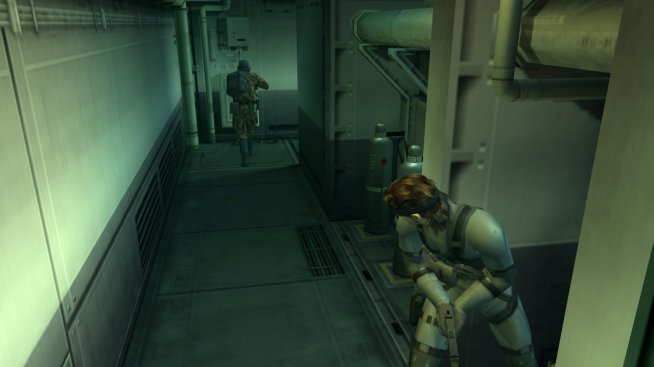 Before war games were inundated with jetpacks and laser beams, World War 2 was the go-to period for many first-person shooters. Call of Duty would eventually dominate as the best-selling war franchise, but it was Medal of Honor that provided the most memorable scene in the entire genre.

With the series’ first entry for the PS2, Frontline opened with one of the most iconic battles in World War 2 – the D-Day landings at Omaha Beach in Normandy. In a similar set up to Spielberg’s war epic Saving Private Ryan, Frontline follows US infantry as they storm the beach against overwhelming odds. Upon an explosion just prior to docking, the player is launched into the water – there, you witness bullets streaking through the water as they cut down your comrades.

Upon escaping, the sound design soars triumphantly as bullets fly over your head and explosions demolish the nearby environments. Your goal of storming the beach seems next to impossible as the relentless machine guns continue to rain down on your positions. It’s a harrowing experience that truly captures the horror of war. Granted, the sequence has aged quite a lot in the past 15 years, but it’s still a vastly entertaining and educational moment. I’d be very interested to see how the upcoming Call of Duty: WWII handles the event. 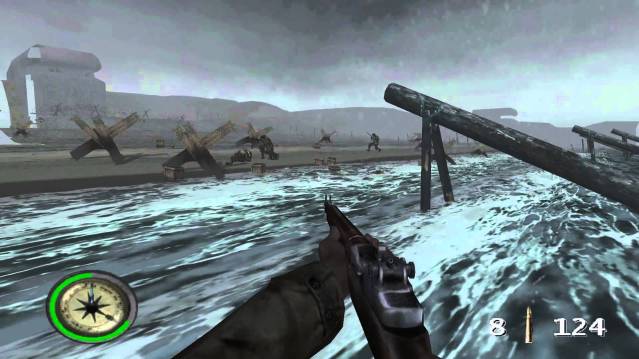 The life of Spartan warrior Kratos has certainly been full of epic moments, but perhaps none more so than the opening sequence to the 2010 entry God of War III. The game hit the ground running with a direct continuation of the previous title as Kratos ascends Mount Olympus with gigantic Titans in order to destroy the Olympian Gods.

Along the way, Kratos has several encounters with Poseidon, eventually defeating him and arriving at the summit of Mount Olympus. There, Zeus quickly dispatches of Kratos and sends him to the demonic Underworld region.

The sheer scale on display during this sequence is truly spectacular – Kratos’s battles primarily take place on the body of Titan Gaia as she climbs the mountain, with the demigod fighting off hordes of enemies with graceful brutality. The graphics push the PS3’s hardware to its absolute limit and stand up well 7 years later. It’s a wonderful testament to what studio Santa Monica are capable of, and it is absolutely one of the most arresting opening sequences in recent years. 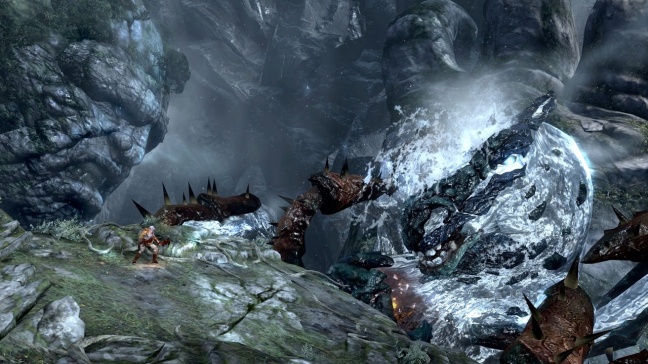 So, there you have it! What are your favourite game openings? Comment and let me know!